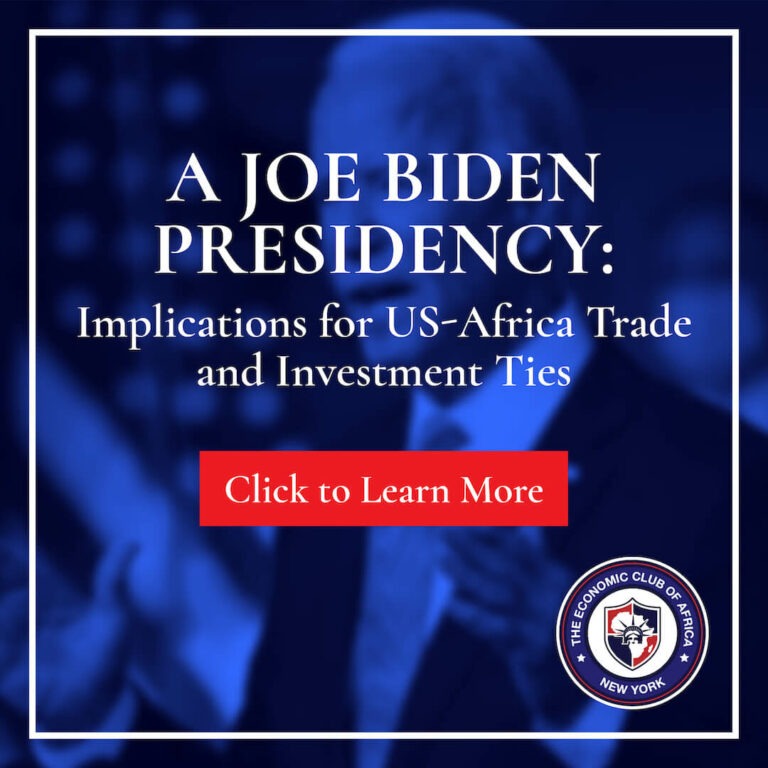 President-elect Joe Biden has pledged to rejoin the Paris climate accord and the World Health Organization on the first day of his presidency. After four years of retreat from globalization, free trade, and multilateralism, the US appears set to recast the global order by reinvesting in the types of global alliances and multilateral cooperation that shaped – until recently – much of the liberal international order since the post-World War Il era.

Trade remains an essential driver of growth and development, and despite the rise of protectionism and heightened trade tensions across the world in recent times, the argument for deepening economic integration remains compelling. In the African context, the importance of harnessing the benefits of economic integration to defragment markets, reduce inefficiency, and boost productivity cannot be overemphasized. Compared to regions like Europe and North America, intra-African trade is low – and this reflects, partly, a relatively lower level of integration and development.

The case for increased economic integration on the continent has never been stronger. Research shows1 intra-African trade can contribute significantly to building sustainable economic development and integration on the continent. The African Continental Free Trade Area (AfCFTA) was adopted in March 2018 when 44 African countries signed a framework to establish a single continental market for goods and services, in addition to a customs union with free movement of capital and business travelers. The AfCFTA is the world’s largest free trade area since the establishment of the WTO in 1994, and is expected, among other things, to foster industrialization and create jobs.

Financing remains a huge challenge in Africa, and this brings to the fore the role of technology in boosting intra-regional trade, fostering regional integration, and reducing existing trade finance gaps.Over the last decade, technology has emerged as one of the fastest-growing sectors in the global economy; it has become the much-needed game changer as Africa transitions from the margins to the mainstream of global commerce.

America’s foreign policy under a Biden presidency may witness the most significant shift since 9/11, and perhaps since the end of the Cold War. This will have major implications for US-Africa trade and investment ties, to the extent that deepening economic integration – through increased trade flows, financial integration, investment, knowledge transfer, and innovation – is key to accelerating progress towards the SDGs.

1 The United Nations Economic Commission for Africa expects the pact to raise intra-African trade by as much as 52 percent above the baseline by 2022.